Many people do not know what parvo is, and they may never experience it.

Parvovirus can be fatal to dogs and puppies if left untreated.

The key to preventing the disease is vaccination; unfortunately, this doesn’t always stop parvo from spreading.

Learn more about SIGNS OF PARVO IN PUPPIES AND DOGS, as well as how to prevent an outbreak of parvo in your household! 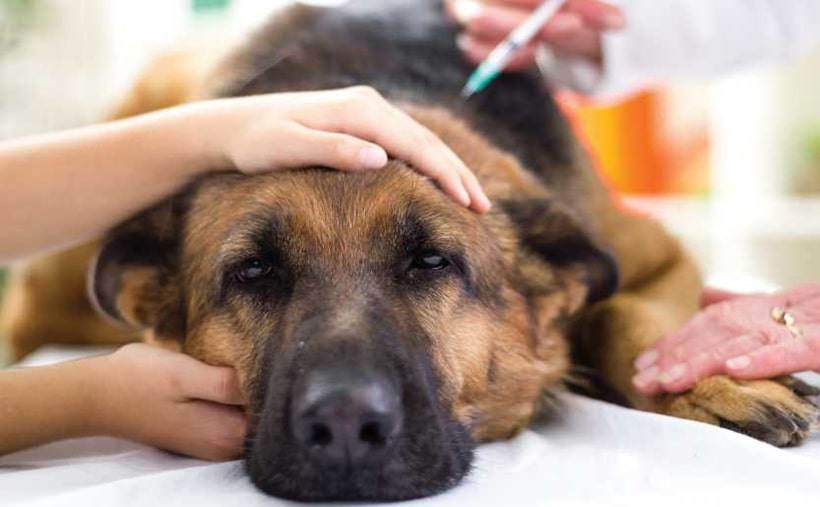 Parvo is a highly contagious disease that spreads from dog to dog, often through feces.

Signs of parvo include lethargy and vomiting, among other symptoms.

The parvovirus attacks the cells lining of the stomach and intestines, causing bloody diarrhea or vomiting with blood in its SIGNS.

Parvo can be fatal where most dogs diagnosed with parvo will die, so it’s important to be noticed and treated quickly. 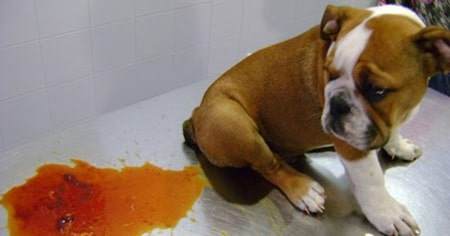 The dogs who develop intestinal parvo usually show symptoms of the disease within three to seven days.

However, the large majority of dogs do not ever show signs.

The most commonly reported symptoms for puppies are:

If your puppy or dog shows any of these signs, you should contact your veterinarian immediately.

Your veterinarian will determine if you have parvo based on symptoms, physical exam as well as the results of blood tests.

They might also perform the canine parvovirus fecal ELISA tests.

ELISA is a test that employs parvovirus antibodies that connect to parvovirus proteins when they are found in the feces of your dog.

The color change indicates that the antibodies have bonded to the proteins, signaling positive results.

If your dog has become seriously sick, your vet could perform additional tests to assess the severity of the disease.

What Happens When My Puppy Is Infected?

If a puppy or dog is infected, there’s an incubation time of three to seven days before the first signs appear.

In dogs, parvo requires the assistance of rapidly growing cells to cause illness, and the virus is usually triggered by attacking the lymph nodes or tonsils that line the throat.

Once inside these lymph nodes, the virus usually attacks lymphocytes (white blood cells) for up to two days and creates numerous replicas.

These viruses ride within the lymphocytes, which are protected from host defenses, and eventually, they enter the bloodstream.

When it is in the bloodstream, the virus targets rapidly growing cells, which are particularly vulnerable in the bone marrow and in the cells that form the wall of the small intestinal.

The virus reduces the body’s capacity to defend itself by killing young immune cells, resultantly a decrease in the white blood cell count.

The virus causes this devastation by attacking the epithelium in the small intestine, which is the layer that absorbs nutrients and serves as a critical barrier against the loss of fluids and bacteria that invade the gut to the body.

The cells that comprise the epithelial layer are short-lived and are replaced continuously by new cells created in the rapidly growing areas called the crypts of Lieberkuhn. The virus infects the areas where epithelial cells grow and impairs the body’s capacity to replenish the intestinal surface.

To prevent the renewal of dying cells with new ones and causing inflammation, the virus renders the surface of the intestine in a state that is unable to properly absorb nutrients and prevent fluid loss to the stool or hinder the spread of bacteria from the gut to the body.

Vomiting and diarrhea can be the first signs of parvo. However, the intestinal surface may be damaged to the point that it starts to degrade and the bacteria typically confined to the intestines penetrate the walls and into the bloodstream.

This can cause massive loss of fluids from diarrhea, as well as widespread infection within the body.

In addition, our immune system, already weak in its capacity to create fresh white blood cells to fight infections, has been hindered by CPV infiltration in the bone marrow.

CPV isn’t always fatal; however, when it kills, the death occurs due to either shock or dehydration, in addition to the effects of septic toxins emitted by the intestinal bacteria that are roaming through the bloodstream.

What causes the infection ?

A virus responsible for the illness is known as “parvo,” which was first identified in dogs in Europe around the year 1976.

The parvovirus isn’t just confined to dogs but is capable of causing illnesses in wild dogs like coyotes, wolves, and other wild animals such as skunks, foxes, and raccoons.

how my dog become infected?

Parvovirus can be found in any environment.

The parvovirus is passed through the feces of an infected animal; this includes their saliva, vomit, and urine.

The virus can persist for a very long time, up to 6 months or more, on the surface of floors and can even be found on clothing, shoes, skin, or even equipment.

However, not every dog that encounters the virus will be affected.

There are a variety of factors that play a role in the course of infection, including the immunity level of the dog as well as the number of viruses to which the pet is exposed.

There are no medications currently available that can kill the virus, and the infected dog should be separated from other dogs to prevent spreading the disease.

The dog will receive intensive, intravenous fluids and nutrients during the battle against the virus to replace the vast quantities lost via vomiting and diarrhea.

The virus is fatal, particularly in puppies, but it can increase your puppy’s chances of survival if caught and treated early.

The best way to prevent infection is to get your puppies vaccinated between 6 and 8 weeks of age and ensure your adult dogs are kept up-to-date on their parvovirus vaccination.

Do not let puppies be in contact with unvaccinated pets until they’ve completed their parvo vaccinations.

Be sure that all pets in your home are vaccinated and.

The virus can survive for months and is resistant to most household cleaning products, so be sure to remove your shoes when you get home and change clothes before making contact with your puppy.

Parvo’s recovery rate is very high if the dog or puppy gets treatment within 12 to 24 hours.

A dog surviving parvo ranges from 51% TO 73%, with the chances of survival increasing as much as they are older.

However, even though some dogs have a chance to survive, parvo is a potentially fatal disease.

ABOUT US
The Pet Vet is a family-owned, full-service group of animal hospitals dedicated to providing affordable veterinary care for the life of your pets. The Pet Vet not only offers affordable pricing and low-cost vaccinations, but also full-service and urgent medical care, prescription food, surgery, in-house diagnostics, dental procedures, and much more. We are your established or soon-to-be established local vet in communities including Frisco, Highland Village, Dallas (Prestonwood), and Allen in Texas; Norman and Stillwater in Oklahoma; Bryant, Rogers and Ft. Smith in Arkansas; and Manhattan, Topeka, Derby and Wichita in Kansas. Our goal is to keep your pet healthy by providing affordable preventative and wellness care; and, to be here during your time of need if your pet becomes sick or injured.
Contact us: [email protected]
FOLLOW US
© Copyright 2022, All Rights Reserved